Arsenal, Borussia Dortmund, Juventus and Paris Saint-Germain are reportedly among the teams vying to sign Karamoko Dembele from Celtic.

According to TEAMtalk, the Scottish champions are facing some stiff competition in their bid to keep hold of one of their most prized assets.

The 16-year-old is on the fringes of the first-team squad at Parkhead after making his senior debut for the club back in May.

After rising to fame in the youth ranks, playing well beyond his years, Dembele is one of the hottest young talents in European football.

He is very much part of the first-team set-up in Scotland, but has struggled to break into the team this season, seeing most of his game time come for the club’s U23s.

The winger may look to follow the growing trend of British-based players moving across Europe to pursue regular first-team football, while Arsenal may fancy their chances after signing Kieran Tierney from the Hoops only recently.

Could Dembele become the next Sancho at Dortmund? 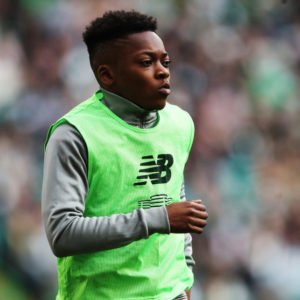 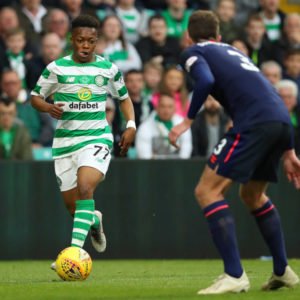