German international midfielder Kai Havertz decided to stay at Bayer Leverkusen in the summer, but according to reports, the 20-year-old is set to depart from the Bundesliga side at the end of the campaign and there is plenty of interest in him,

According to a report from Sport1,  Arsenal, Barcelona, Bayern Munich, Chelsea, Liverpool, Manchester City, Manchester United and Real Madrid are all interested in the midfielder. 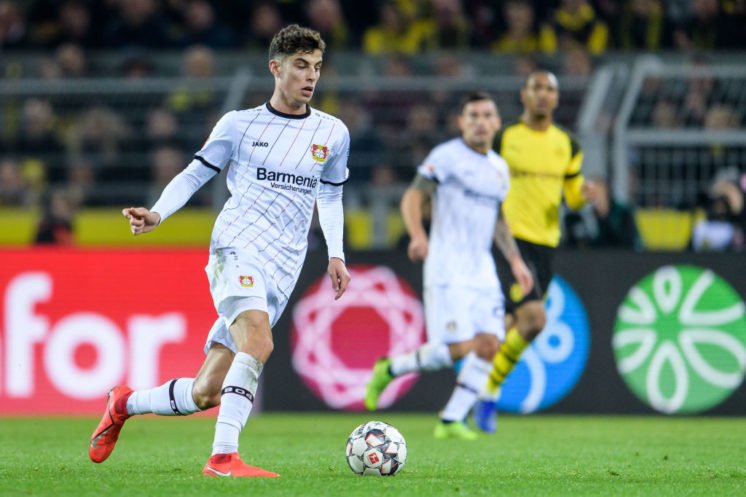 Havertz had an excellent 2018/19 campaign as he helped Leverkusen qualify for the Champions League and despite interest in him, he decided to stay with the club and play for them in Europe’s best competition.

However, it looks like some of the continent’s biggest clubs will be keen on signing him in the summer, so he could well be playing out his last season at Bayer.

Bayern Munich, as is often the case with young German stars, are the reported favourites to sign Havertz, but interested from England and Spain is likely to be plentiful if he does look for a move.