Earlier this week, Philippe Coutinho completed a move from Barcelona to Bayern Munich.

The Brazilian joins the German champions on loan with the club having the option to make the move a permanent deal in the future.

Coutinho left Liverpool to join Barcelona in January 2018, and did so under a bit of a cloud after he did everything he could to force a move away from Anfield.

As such, you might expect some of Coutinho’s former Liverpool teammates to hold a grudge against him as he left them midway through a very important season, but that does not seem to be the case.

Reacting to the Brazilian’s instagram post, some members of the current Liverpool squad expressed their happiness for their former teammate and wished him the best of luck in Germany, as did some players who are no longer at Liverpool, but still hold the club in high regard. 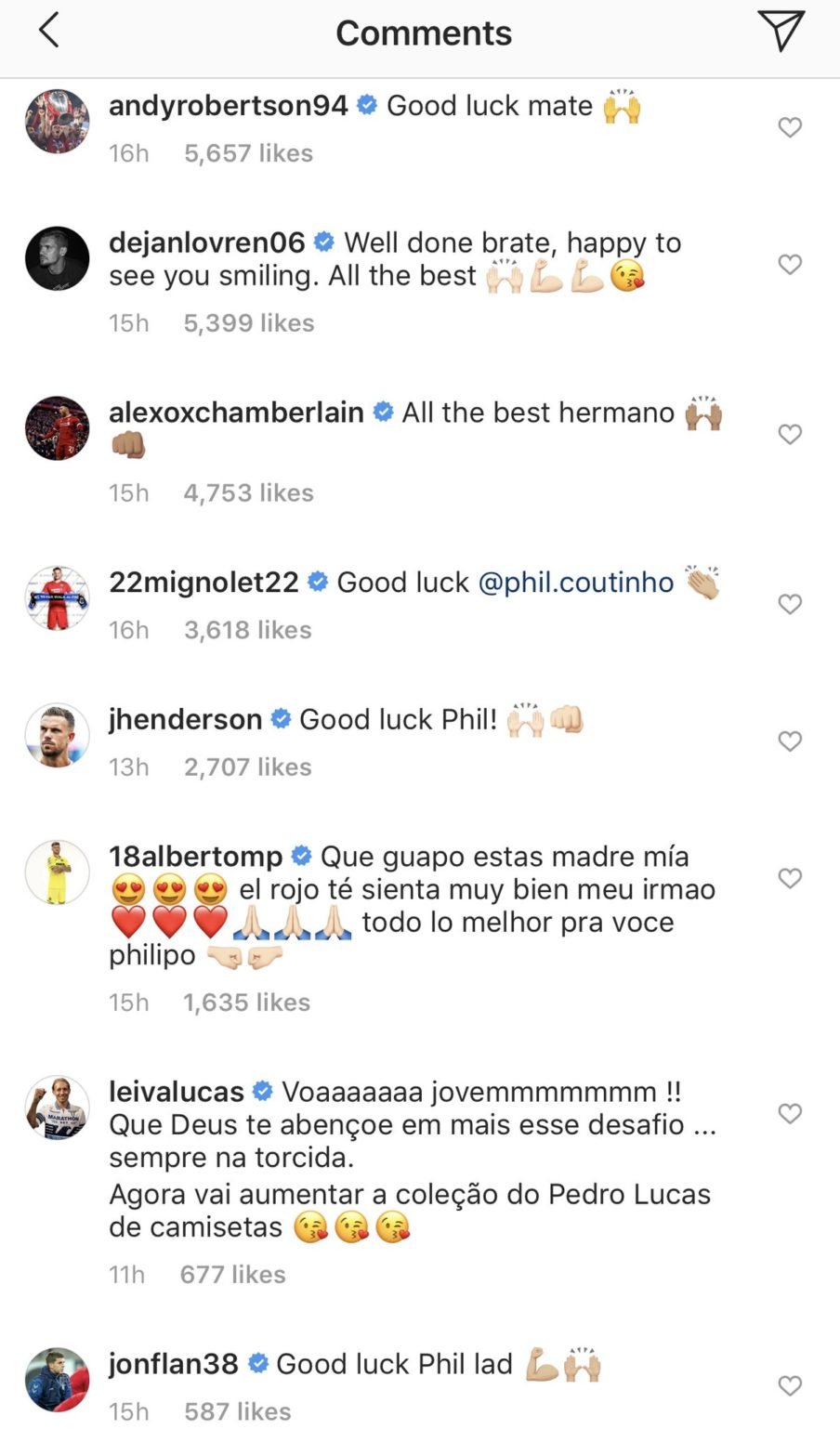