It was reported earlier this week that the Red Devils were considering a £90million offer for the young England international, who has had a starring role for Dortmund this season, after joining from city rivals Manchester City in 2017.

The 18-year old subsequently earned a full England call-up, bypassing the Under-21s, where he impressed again. 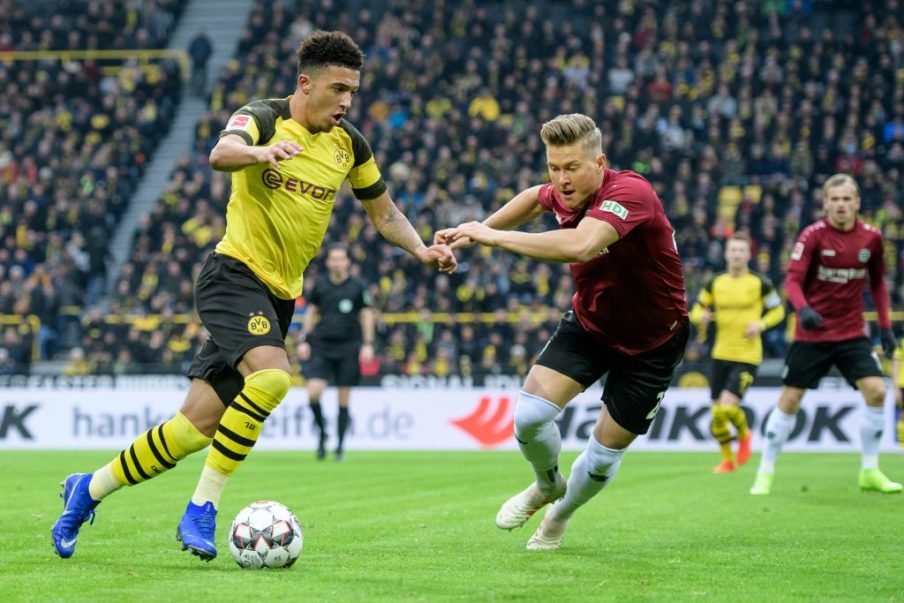 A whole host of top clubs have been linked with audacious offers for the young star in the last few months and while City have a buy-back clause that allows them to match any offer accepted by Dortmund for Sancho, United are not believed to be put off making an offer.

And, according to Calciomercato, United are insistent on signing Sancho, and have likely made him their primary transfer target.

Sancho has largely kept Christian Pulisic out of the Dortmund team this season, and with the American having just signed for Chelsea last month for £58million, United will have to pay a similarly gigantic fee to land Sancho.