Has the rise of Jadon Sancho sealed Christian Pulisic’s fate at Dortmund?

Borussia Dortmund have been known over the past few seasons to include younger players in their starting XI. The likes of Mario Götze, Ousmané Dembélé, Pulisic and most recently the young English starlet Sancho have all flourished in the Bundesliga.

During the 2016-17 season, Pulisic was the name on most Borussia Dortmund fans’ lips with the young American playing in 43 games during the season, becoming Borussia Dortmund’s youngest ever UEFA Champions League appearance maker as well as their youngest goal scorer in the competition. He finished the season with five goals and 13 assists in what was his first full season at the club.

His second season with the team saw the young American finish with 42 appearances for the club, picking up five goals and seven assists. This led to strong transfer rumours that Liverpool, Chelsea and Tottenham were ready to battle to sign the American.

However, during his second season at the club, Borussia Dortmund signed the young Englishman Sancho from Manchester City for a reported fee of around £8 million. Signed as a replacement for Ousmané Dembélé who had left the week before for a reported fee of £95 million to Barcelona, there was a lot of excitement about the winger.

During Sancho’s debut season at Dortmund, he was plagued with injuries as the Watford-born star only managed to make 12 appearances, scoring one goal and registering four assists. Sancho played predominantly on the left hand side of Dortmund’s attack with Pulisic playing on the right hand side. 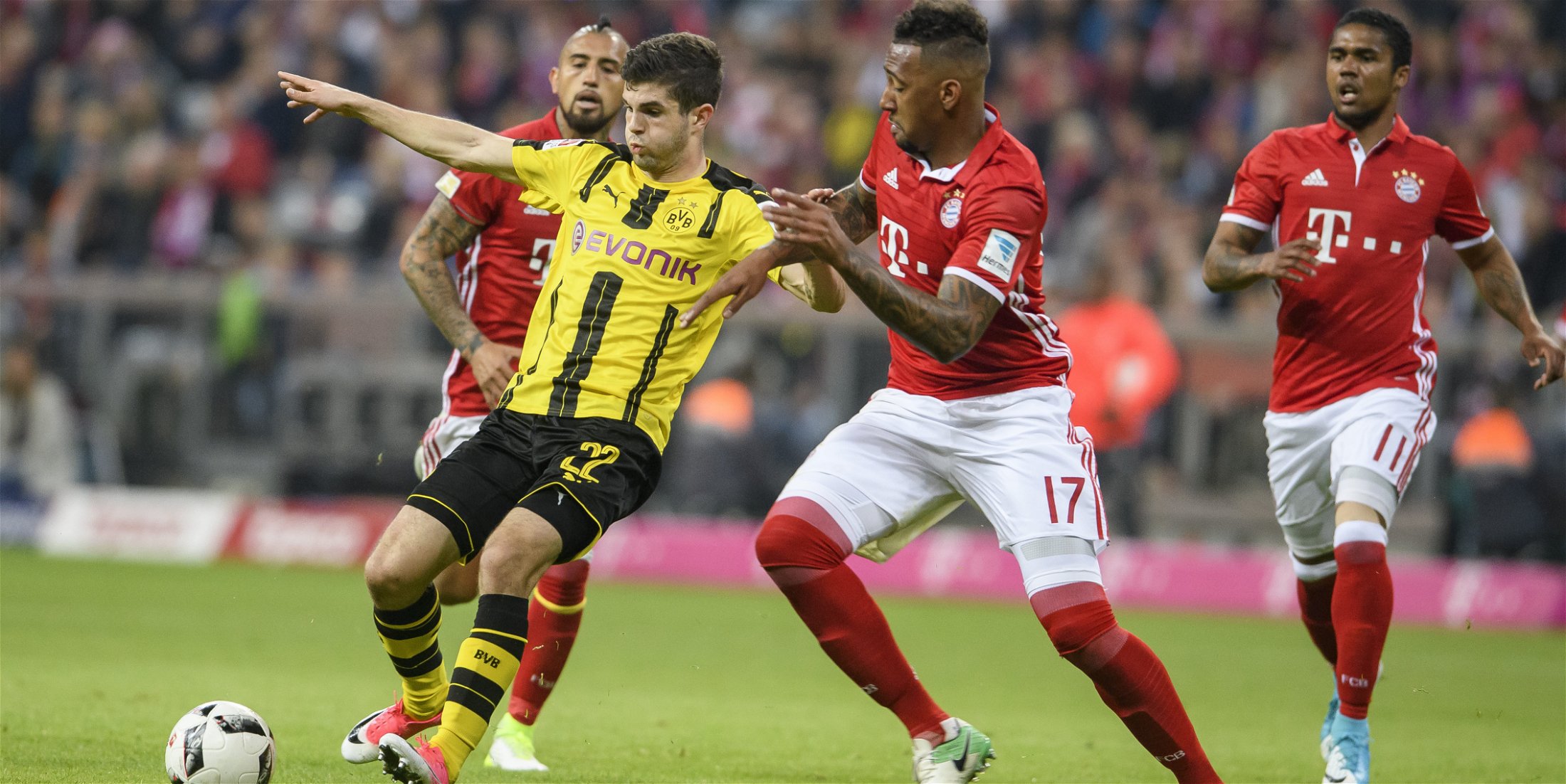 Pulisic finished the season picking up two Goal of the Month awards for December and April against Hoffenheim and Stuttgart respectively.

However, this season Borussia Dortmund’s new manager Lucien Favre preferred to pick Pulisic at the start of the season with Sancho on for the young American in the latter stages of games.

When Pulisic picked up an injury and missed the Bundesliga game against Augsburg, Sancho was given the opportunity to start his first game in the league that season after impressing from the bench.

October saw the rise of Sancho when his three goals and single assist saw him pip Luka Jović to the Bundesliga Player of the Month for October.

Since then, Sancho has started every league game with Pulisic being preferred for Champions League duty.

The ex-City winger has already made more appearances this season with 21 then he did the whole of last season. He has also beaten Pulisic’s record for last season, picking up six goals and nine assists, one of which being the winner in the Revierderby this past weekend.

Sancho’s performances for Dortmund have been enough for the young star to be called up into the senior England squad. He made his first start for the national team in a friendly against his American counterpart at Wembley, where he was able to pick up his first assist for England when he set up Liverpool defender Trent Alexander-Arnold.

With each performance the young Englishman gains more experience and more confidence for the German side, which makes it harder for the young American to claim a stake for a spot in the team.