Bayern Munich target Cengiz Under was reportedly the subject of a €30 million bid from Premier League side Arsenal.

According to reports in Italy, the Gunners approached the Giallorossi over a deal to sign the Turkish star but had a bid rejected.

It is believed the fee is way below the Italian’s asking price for the player, with interest likely to mount in the coming months.

The report does not specify when the bid was made, with it possible that this could have been made in the summer, or a move that is being prepared for the January window.

Bayern have been heavily linked with Under this week, with reports claiming that the Bundesliga side see him as a long-term replacement for either Arjen Robben or Franck Ribery.

Tottenham are also said to be interested in the player, who is likely to cost in the region of €50-€60 million. 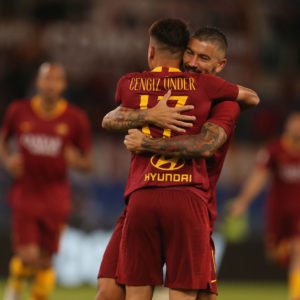