Chelsea head coach Maurizio Sarri could take the decision to move on Alvaro Morata during the January transfer window, with West Ham and Dortmund both linked with the player.

According to reports emerging from Transfer Market Web, the striker may be shipped out on loan in January in a bid to rediscover his best form away from the club.

The report claims that Atletico Madrid, Milan, Borussia Dortmund and the Hammers all tracked the player over the course of the summer and could now move for the striker once again.

Morata has fallen out of favour at Chelsea and is now behind Olivier Giroud in the pecking order at Stamford Bridge.

Maurizio Sarri is said to be concerned by the player’s early season form and may look to move in on.

The Spanish international has struggled for confidence since joining the London club from Real Madrid.

Morata was heavily linked with moves away from Chelsea during the summer, with Juventus and Milan interested in signing him, but he remained at Stamford Bridge.

Should Morata leave Chelsea on loan? 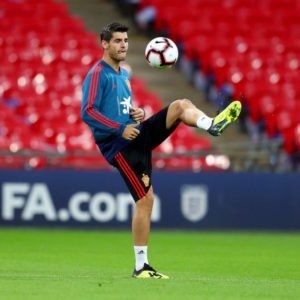 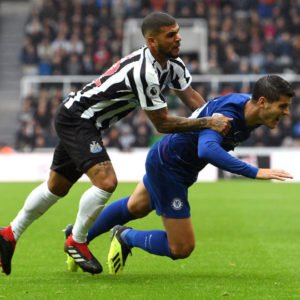