Hoffenheim fail to make chances pay against 10-man Dortmund as they extend their unbeaten run in the Bundesliga to 15 matches.

It was a fiery affair at the Rhein-Neckar-Arena in which Benjamin Brand awarded 45 fouls and issued eight yellow cards.

Hoffenheim opened the scoring after two minutes after a long through ball from Benjamin Hubner found Mark Uth who capitalised on Roman Weidenfeller’s hesitation to make it 1-0.

Ousmane Dembele has been a standout performer for Thomas Tuchel’s side this season and he didn’t disappoint today. He played a huge role in Borussia Dortmund’s first goal with his mazy run, shrugging off two defenders before Pierre-Emerick Aubameyang’s run created space for Mario Gotze who slotted home the equaliser eight minutes later.

Borussia Dortmund played 49 minutes with 10 men after Marco Reus’ sending off for a second bookable offence. The red card brought a lot of criticism on referee, Benjamin Brand, after many felt that Nadiem Amiri pulled Marco Reus into the tackle which tripped him up resulting in Brand giving the 27-year-old his marching orders.

Roman Weidenfeller was arguably at fault for Hoffenheim’s second goal after 20 minutes, a header back across goal by Hübner was finished off by a deft touch from Sandro Wagner which slipped through the grasp of the Dortmund goalkeeper.

Prior to the red card, Hoffenheim’s defensive intent was clear. Nagelsmann’s side implemented a defensive approach which isolated the visitors main attacking threats, allowing Die Borussen to keep possession while they kept their structure.

In the second half, it appeared that Hoffenheim were approaching the game differently.

Hoffenheim pushed for their third goal and exposed Borussia Dortmund with another long ball, a pull back to Wagner gave the striker the chance to potentially kill off Thomas Tuchel’s side but he was denied by the post.

Moments later, Dembele, playing with a lot more freedom, burst through the midfield running at the depleted Hoffenheim defence and found Aubameyang who held off Niklas Süle before scooping over Oliver Baumann.

It was unfortunate that Ousmane Dembele was stretched off, the Frenchman caused many problems for the host’s defence and the only way they saw fit with dealing with the winger was to hit him out the game, which they duly did.

The youngster showed his true quality in the game and was arguably the man of the match. A brilliant tactical move by Thomas Tuchel to allow the winger the freedom in the attacking third, in the second half. A promising move which, in the future, we could see Dembele develop into a winger/attacking midfielder with some of the quality he showed today.

It was a great defensive display from both sides, more so Hoffenheim in the first half and Borussia Dortmund in the second, but the game provided a brilliant spectacle and showcased what the Bundesliga has to offer.

Hoffenheim’s performance today emphasises that they are a team that will only improve under the tenure of Julian Nagelsmann. The 29-year-old has a brilliant group of players who have belief and fight which was evident in recent performances especially tonight.

Was Reus' tackle a red card? 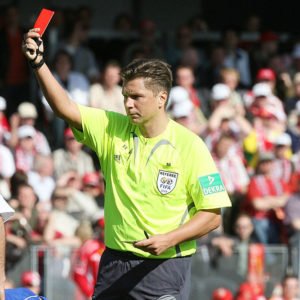 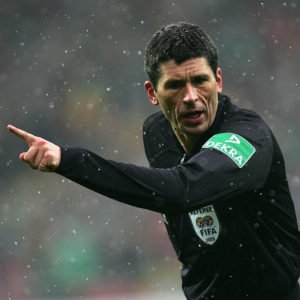