Jürgen Klopp will be without current winger Saido Mané when the Senegalese forward represents his country at the Africa Cup of Nations, next month.

Goal believe that the German manager is eyeing a move for Bayer Leverkusen wide-man Julian Brandt.

The 20-year-old could be a perfect match for the Reds and ticks all the attacking boxes.

Since making his debut in 2012 under Liverpool legend, Sami Hyypia, Brandt has made a name for himself for his role in free-flowing attacks and has thrived under manager Roger Schmidt showcasing his versatility and attacking intelligence.

Brandt has featured in all of Bayer Leverkusen’s Bundesliga matches this season. He couldn’t quite inspire his side to a win against Red Bull Leipzig on Friday, despite scoring Die Werkself’s second goal, and setting up Kevin Kampl’s opener. 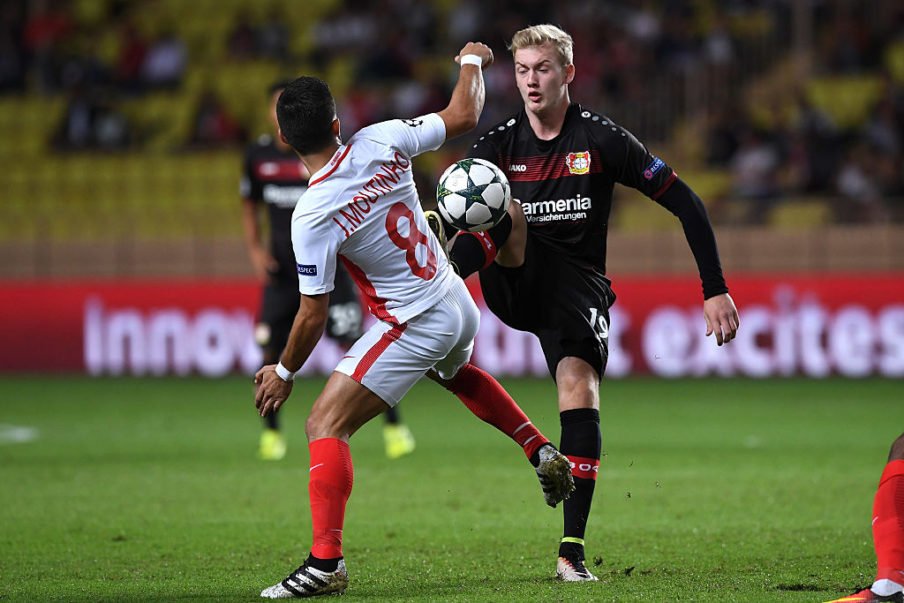 Leverkusen slumped to a 2-3 defeat to the Bundesliga high-flyers. The loss was all of their own doing as Hakan Calhanoglu failed to convert from the spot, which would’ve gave the hosts a 3-1 lead and all but secured three points.

Compared to the Liverpool talisman, this season, Brandt has created 15 chances and made 12 key passes compared to Mané’s 16 and 14 respectively.

Results over the weekend didn’t go Leverkusen’s way as Mainz leapfrogged the North Rhine-Westphalian side with a 4-2 win over Freiburg and Eintracht Frankfurt extended the gap as they came from behind to beat Werder Bremen at the Weserstadion.

Roger Schmidt’s side travel to the Allianz Arena on matchday 12 five points off the European places.