Bayern Munich have been dealt two injury blows ahead of the second der Klassiker of the season.

Bayern Munich already have one over Thomas Tuchel’s side after their 2-0 win at the start of the season, equalling the record for amount of Supercup’s won.

Kingsley Coman and Javi Martinez will both be sidelined for Bayern’s trip to Signal Iduna Park on November 19th, Kicker report.

The Spaniard has been ruled out for three to four weeks after he suffered an thigh injury in Bayern’s 3-1 win over Augsburg. 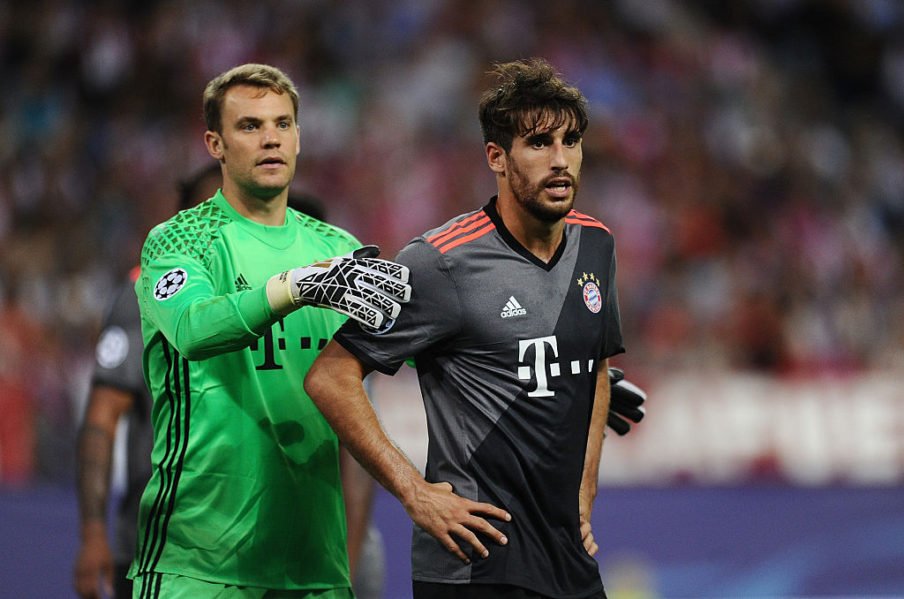 Martinez’s defensive partner Jerome Boateng was ruled out of Germany’s two internationals against San Marino and Italy, following an ankle injury but the German centre-back announced that he would’ve recovered from the injury in time for Der Klassiker.

French international Kingsley Coman will also miss the first Klassiker of the Bundesliga of the season after suffering injuries to his ankle and knee in France’s preparation for their matches against Sweden and Ivory Coast.

Coman suffered the injury in training on Wednesday and was replaced by Monaco winger Thomas Lemar, the duration of Coman’s injury is yet to be announced.