Retaining World Cups is something that is sometimes as tough as breaking a shard of diamond. We’ve got to trace back to 1962 in order to relive something resembling that when Brazil retained the World Cup after winning it four years prior to it. And Germany, the reigning champions of the world, believe me, have got a good chance of replicating the feat of the Samba boys. There’s a whole bunch of young talents coming in who have all that it takes to retaining the crown, talk of any Bundesliga team in the first division.

There are all sorts of players – creative midfielders, ball winning midfielders, goal getting strikers and solid centre halves. All of them have turned heads and attracted a good amount of attention at the ages of late teens to early twenties and have showed what it takes to play for the national team already. And one of these players happens to be Hoffenheim’s Niklas Süle.

One thing about Süle, which separates him from other players since childhood has been physical attributes. Even when Süle began his career for local side Rot Weiss Walldorf, after being born and brought up in Frankfurt, Süle was physically more proficient than some of his team mates. After a stint there, Süle moved to Eintracht Frankfurt which is and was the most prominent Frankfurt based club. He plied his trade there till the 2008-09 season with the youth team and then sealed a move to SV Darmstadt at the end of the season.

But when he was just 14 and after spending just 6 months at Darmstadt, Süle began playing for the Hoffenheim youth squad.

Süle’s rise to the higher ranks was slow at first but accentuated rather quickly and unexpectedly. At one point of time, Süle was playing for the Hoffenheim Under 17 side, when he was 19. His impressive performances for the Under 17 side, where he scored three goals and made 25 appearances allowed him a promotion to the Under 19 side. 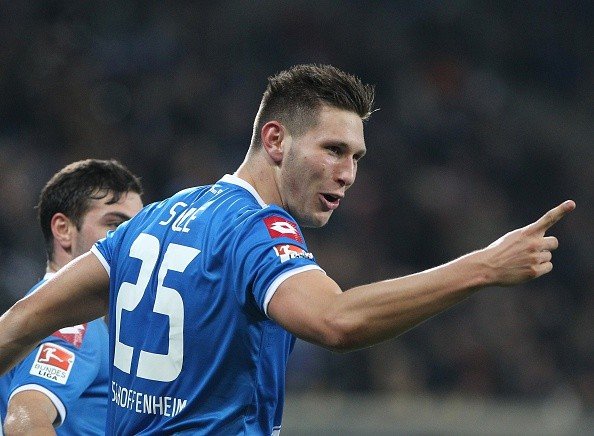 Süle made 22 appearances for the Under 19 side the subsequent season and that’s when his rise to the first team squad began. After playing around 280 minutes for the reserve side, Süle once again gained promotion and this time to the senior side. In 2013, Süle became the youngest player to represent Hoffenheim at the age of just 17.

The 2013-14 followed and Süle made a total of 25 appearances during that campaign. His stellar showings rewarded him with a new deal that was supposed to keep Süle at the club till the year 2017.

An ACL injury, which happens to be one of the most agitating ones these days, plagued Süle as he was ruled out of the fag end of the 2013-14 season and missed a good amount of the 2014-15 season too. He made 15 appearances during that season, but even during the limited amount of time, the German succeeded in impressing. And right now despite of a setback that could’ve effected the trajectory of his career a great deal, Süle is still known as one of the best young defenders in the world, alongside the likes of Raphael Varane and Athletic Bilbao’s Aymeric Laporte.

As mentioned earlier, Süle is a defender who happens to be substantial physical specimen. He stands at 6 foot 3 inches and weighs 93 kilograms which is very strong enough to be a centre half and quite remarkably so for a 20-year-old such as him. Although a towering figure and most players such as him lack speed, Süle is a quick defender too.

Another strength that the 20-year-old possesses and allows him to be himself when facing the Bundesliga’s best forwards is his heading accuracy and ability to head the ball very well, thanks to his body size. Last season, Süle had won 64 percent of his headers throughout the campaign and had won exactly 70 percent of them in the 2013-14 season, which is very impressive indeed. 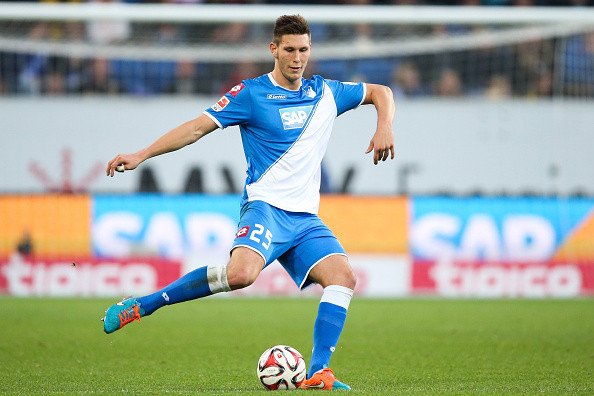 This season, the stat is still at 44 percent but is sure to increase as the season wears on. And the fact that Hoffenheim have had a poor start to the season is a reason for as to why the stat is slightly lower than expected.

Another impressive quality that Süle possesses is tackling ability, which is sometimes buccaneering and dominating. This season, Süle has a tackle success rate of 60 percent and has won a total of 12 tackles. Two seasons ago, Süle took full responsibility of committing a poor foul against Wolfsburg in the DFB-Pokal and his tackling qualities have improved ever since. It used to be a tad rash and somewhat aggressive, but quite a bit of it has dissipated.

Much like tackling, Süle’s intercepting abilities are commendable too. He has the understanding and reading of the game to put his down, concentrate and win the ball with the help of it. And he’s doing all of it at the tender age of 20. He’s made a total of 26 interceptions this season, making 2.2 of them every game.

Süle has also got immense composure to play the ball out of the defence. Even in crowded areas where he’s being hassled and harried, Süle knows how to find a pass and bring the ball forward. He’s got buckets of confidence and knows what to do during tough situations on the ball and does that with appreciable confidence, which is very good to see.

Süle has already known to be one of the best young centre backs in the world, and although his reputation was a bit more than it is before he sustained the ACL injury, but it’s rising very quickly again. He’s arguably been Hoffenheim’s best player this season, despite of Hoffenheim’s shambolic showings. Another injury right now could prove detrimental to his career as this happens to be a crucial period of any young player’s career and he has to avoid getting injured at this stage.

Hoffenheim know how to produce players, looking at the cases of Luiz Gustavo, Eduardo and Roberto Firmino. And they’ve sold them for fee below 30 million euros, which was fine enough judging by how good those players were during that period.

And Hoffenheim would love to make money out of Süle’s sale. With Fabian Schär alongside him, who is again a young and talented young defender. If Süle spends this season as well as the previous ones, a move to a big club will happen